We are excited to announce that the Viking Union is open Monday-Friday 8am – 5pm.
Limited services are available, including Starbucks, the Bookstore, and the Multi-Purpose Room is home to a Student Study Space, students can connect to campus WiFi for streaming classes and ATUS printers are available in the Study Space. There is also comfortable seating throughout the 6th floor. Face Coverings are required, and Physical Distancing will be monitored. We look forward to seeing you! 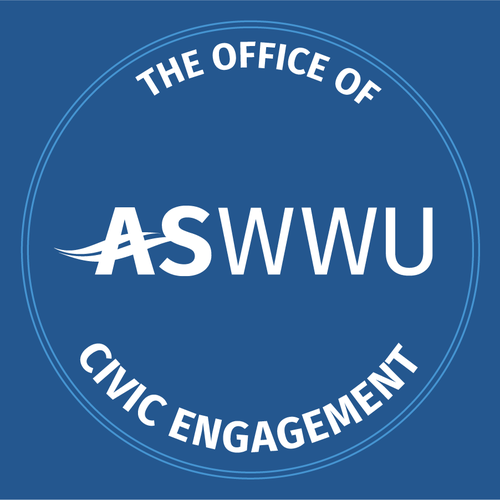 The Office of Civic Engagement (OCE) exists to provide the resources, services, and support necessary to ensure student representation in decisions that impact students at the university, local, state, and federal levels; to promote effective citizenship and civic engagement through services, programs, and collaboration.

The OCE is located in Viking Union 505 near the Viking Union Gallery. Follow us on Instagram and Facebook for information about FREE events, jobs, elections, and more! Fill out this quick google form to get involved.

Components of the OCE 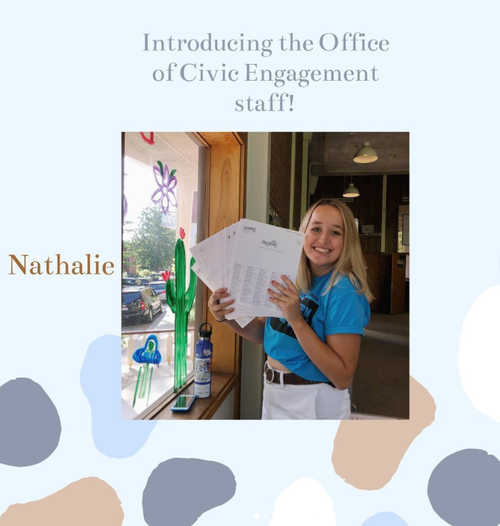 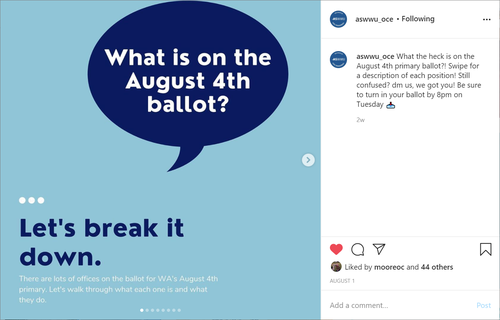 Vote in Student Elections at https://win.wwu.edu/!

Register to Vote in Washington WesternVotes!

Register to Vote Outside of Washington VoteGov!

The AS and University appoint 200+ students a year to committees that make a variety of decisions across campus. Become a student committee member today! Email as.oce.director@wwu.edu for more information!

Sign into WIN and then click on the forms tab, the first form is called 2020-2021 AS and University Committees Student Application" click on that and the student should be able to apply from there. 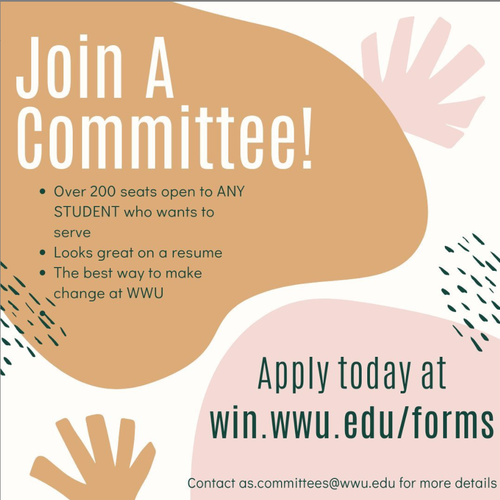 Each Spring the Associated Students holds an election for the AS Board of Directors and each Fall for the Student Senate seeks student input through referenda, and student-led initiatives on the Western Involvement Network. Contact Annie Byers byersp@wwu.edu if you would like to run for a PAID student government position and make a difference at WWU!

referendum: a direct vote by all students at WWU who are invited to vote on a particular proposal

2018 - Bringing Back the College of Ethnic Studies 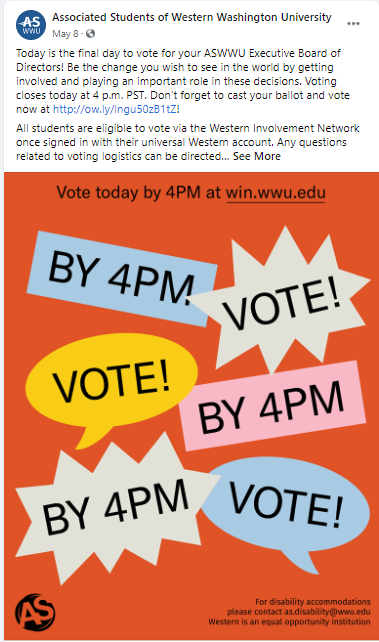 Chat with Anna Corrine (she/her) the 2021-2022 Liaison by email as.oce.director.legislativeaffairs@wwu.edu, or over Twitter @aswwulobbyist! 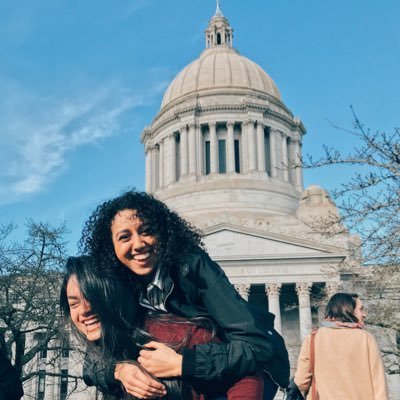 A student employee that works to represent the student body to city and county governments on issues that affect students locally. Every year student volunteers participate in Local Lobby Day to advocate for student issues like homelessness, rental rights, etc. to local government members. 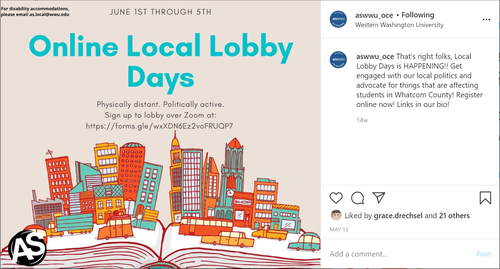